Its Pancake day – lets have a pancake wedding

Its Pancake Tuesday! I couldn’t resist looking at novel ways to use pancakes at weddings

If you’re having a morning wedding, how about a wedding breakfast complete with delicious pancakes. Whether you want thick, American pancakes, or British thin, crepe-like delicacies, why not incorporate them into your wedding .

Perhaps have a special wedding pancake … 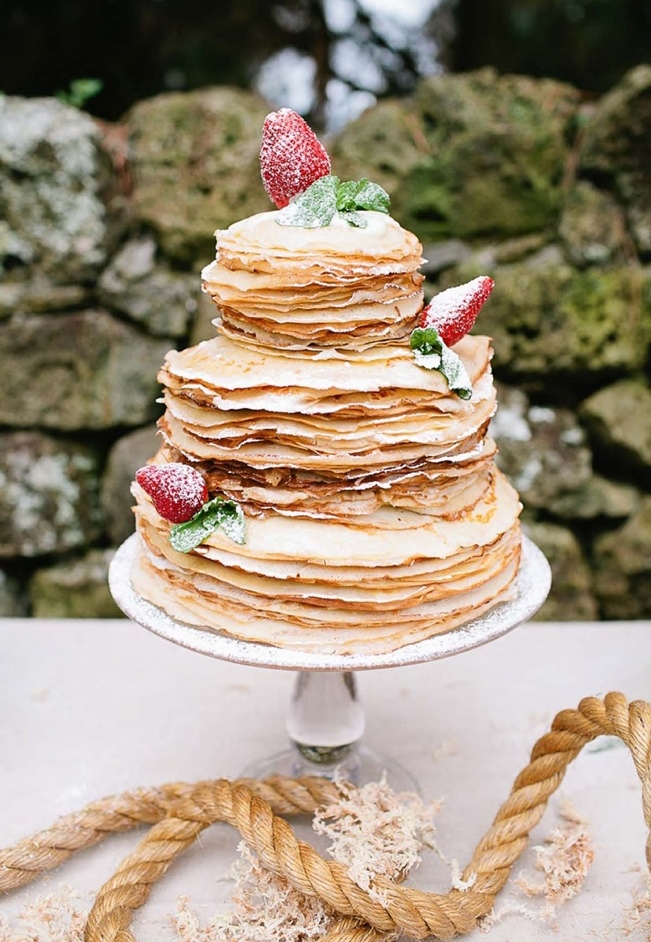 One of the greatest funerals i can recall. a character from my youth.

Children’s TV favourite Basil Brush was among those to pay tribute to actor Derek Fowlds at his funeral.

Fowlds, who died last month aged 82, was famous for playing Bernard Woolley in Yes Minister and appeared as “Mr Derek” on the Basil Brush TV show.

Actors Clive Mantle and Richenda Carey were among the mourners at St Katharine’s Church in Holt, Wiltshire.

The famous fox, tweeted the vicar had helped him up to the pulpit to recite a poem to his “dearest friend”.

Fowlds, who also played sergeant-turned-publican Oscar Blaketon in ITV police drama Heartbeat for 18 years, died at Royal United Hospital in Bath on 17 January after having suffered with pneumonia.

“There were quite a lot of locals and his closest buddies, including most of the cast of Heartbeat,” he said.

“Clive Mantle did the eulogy and Richenda Carey did a reading but the star of the show was Basil Brush.”

Funerals – Celebrations of life pay tribute to the deceased’s life instead of mourning their death. Why?

It may be the only thing that’s inevitable in life. But death is changing. Now it’s a time to be joyful.

Instead of looking ahead to the afterlife, British funerals increasingly rejoice in memories of the deceased’s triumphs, relationships and their favourite songs. There’s a phrase for ceremonies like this – “Celebration of life”.

The tone is happy rather than mournful, celebratory instead of sombre. Today you’re more likely to hear Monty Python’s Always Look On The Bright Side of Life

A survey of 2,000 people by ICM suggested that 54% wanted their funeral to be a “celebration of life”. Some 48% said they wanted it to incorporate their favourite “hobby, colour, football team or music”. Crematoriums – where nearly three-quarters of British funerals now end – are virtually always equipped with audio visual systems that allow video clips to be played.

There are thousands of web pages devoted to planning a “celebration of life service” tailored with memories and mementos of the deceased are taking centre stage, and the funeral industry has not been slow to keep pace with demand.

Despite being the great leveller, death is increasingly seen as an occasion to express one’s individuality through a celebration of life

We use cookies to ensure that we give you the best experience on our website. If you continue to use this site we will assume that you are happy with it.OkPrivacy policy