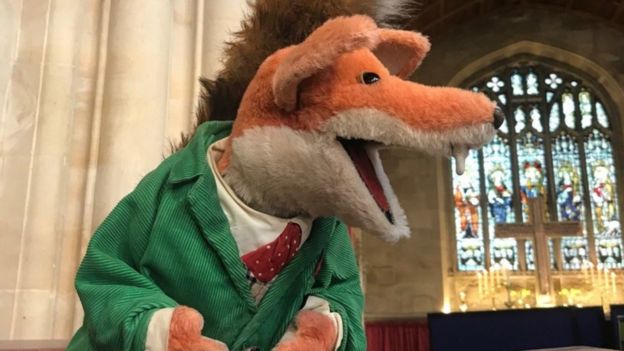 One of the greatest funerals i can recall. a character from my youth.

Children’s TV favourite Basil Brush was among those to pay tribute to actor Derek Fowlds at his funeral.

Fowlds, who died last month aged 82, was famous for playing Bernard Woolley in Yes Minister and appeared as “Mr Derek” on the Basil Brush TV show.

Actors Clive Mantle and Richenda Carey were among the mourners at St Katharine’s Church in Holt, Wiltshire.

The famous fox, tweeted the vicar had helped him up to the pulpit to recite a poem to his “dearest friend”.

Fowlds, who also played sergeant-turned-publican Oscar Blaketon in ITV police drama Heartbeat for 18 years, died at Royal United Hospital in Bath on 17 January after having suffered with pneumonia.

“There were quite a lot of locals and his closest buddies, including most of the cast of Heartbeat,” he said.

“Clive Mantle did the eulogy and Richenda Carey did a reading but the star of the show was Basil Brush.”